Sonic Frontiers Prologue: Divergence - Sega we need more of this! 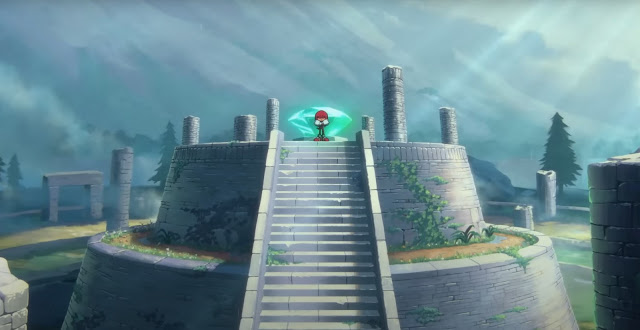 SEGA decided to release a gem to in this short prologue to their upcoming game Sonic Frontiers, which will be available November 8, 2022.

"For as long as he can remember, Knuckles has preferred to operate on his own. As the guardian of the Master Emerald, he knows every corner of his island and every secret it holds…or so he thought. A sudden discovery is about to turn his world upside down.

Where do I start…? We weren’t planning on releasing any more Sonic Frontiers content until after the game releases next week but this prologue is too good to not talk about. This is easily the best animated short that Sega has put out to date. If it had a conclusion it would rival Pixar’s animated shorts. Fans are loving the animated prologue as well. It reached 1.1 million views in under 48 hours with over 100k likes on YouTube . This is not counting 100s of fan reaction videos that has been posted about this video. Sonic Frontiers is already looking like it is going to be a good game but if it’s story keeps this momentum, it will be epic. Sega and Sonic Team really should consider doing a hand drawn animated movie about this game in this style. I know they probably won’t do a series because it may interfere with what they are already doing with Sonic Prime (The upcoming Netflix series).

What are your thoughts? Are you hyped for the game? Let’s us know!