I Am Setsuna confirmed for Nintendo Switch Launch | Coming Soon 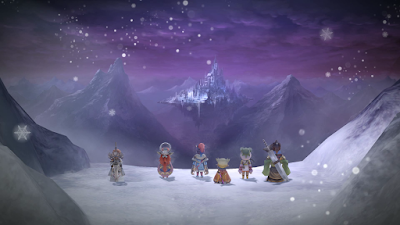 #IAmSetsuna #SquareEnix #TokyoRPGFactory #NintendoSwitch
The new franchise "I Am Setsuna" developed by Square Enix's new studio Tokyo RPG Factory will be making its way to the Nintendo Switch on launch day.


" Nintendo Switch™ players will soon enjoy the unforgettable and heartfelt story of I AM SETSUNA™, the debut title from Tokyo RPG Factory™, SQUARE ENIX®’s newest studio. It will be available as a digital day one launch title, and will include exclusive new features such as the “Temporal Battle Arena,” where players can enjoy thrilling battles against other players’ parties.

I AM SETSUNA follows the story of Setsuna, a young woman of incredible power and inner strength, and the sacrifice she must undertake to save the people of her land as she leaves her hometown. Featuring simple turn-based controls and unique gameplay mechanics inspired by the golden age of JRPGs, I AM SETSUNA merges nostalgic elements with modern current-gen technology. Tokyo RPG Factory’s debut title delivers an emotional story of bravery and sacrifice along with powerful character development." - Square Enix