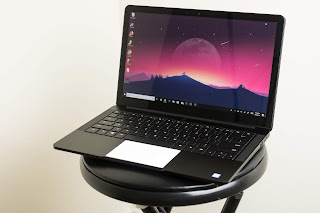 Razer’s ultra-light Blade Stealth is back again this year with some new improvements including an 8th generation quad-core i7.
#RAZER #Tech #Review #TechReview #PCTech 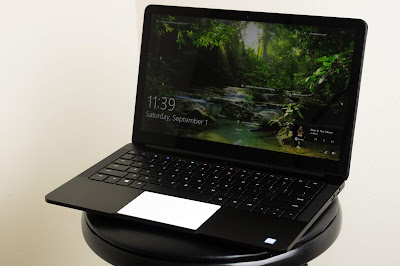 This is a well spec’d ultra light laptop made by a company that originally specialized in making gaming accessories. To be clear this isn’t a standalone gaming laptop due to it not having a dedicated GPU. 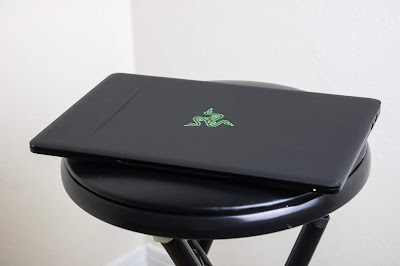 One of the main reasons why you would buy this device is the way it looks. The stealthy black body and the green light-up logo in the back is enough to turn heads no matter where you go. It reminds most people who see it of a black MacBook. Everything seems placed in the perfect location with a few exceptions. This may be an isolated incident due to my big hands but when typing my palms sometimes touch the huge trackpad cause the cursor to move and change my typing position. Overtime it doesn't happen as frequent probably because  I'm conscious of it. The power button is a bit mushy and at times seems unresponsive. The most annoying design issue i seem to have is with the secondary keys not illuminating. You would thing Razor would have addressed this being that they aren’t new to making laptops now.

It's hard to complain about what you get with even the bottom spec’d Razer blade stealth. The 8th Gen Quad-Core i7 (8550u) is a beast and will get you through your daily on the go tasks. 16GB or ram is also a nice addition, though i would have liked it to be upgradable. The 13.3” QHD touch screen is a pleasure to look at and is super responsive. Razer says the Blade Stealth gets 10 hours of battery life, but my experience is closer to 7. Still is not bad especially, when you can get a 50% charge in about 15-20 mins via USB type C. The Chrooma keyboard is cool to look at and is  practical with its customizations. I have set up multiple profiles depending on what I am doing, for example I have all the shortcut keys for adobe Photoshop turn blue when i use the app.

I have to hand it to Razer, It isn’t everyday you purchase a product and it works (mostly) as advertised. Before purchasing it I pretty much knew what I wanted, I read the specs and well as the feature list and knew what to expect. Once received, it worked how i thought it would. The only real downer is the battery life and the screen is a bit dimmer than i expected it to be. 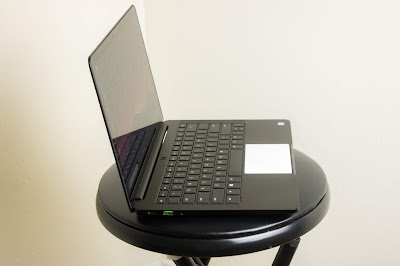 All in all, I am satisfied with my purchase of the 2018 Razer Blade Stealth. Honestly speaking I was originally going to go for the late 2017 Blade due to it having a dedicated GPU but they were sold out at the time. In a way i settled for the Blade Stealth due to it being comparably priced. In the end i have benefited more for going this route due to its faster more efficient processor and its lightweight design.   If I want to game on it, there are plenty of options out there including Razer’s on Razer Core.

How could Razer Improve