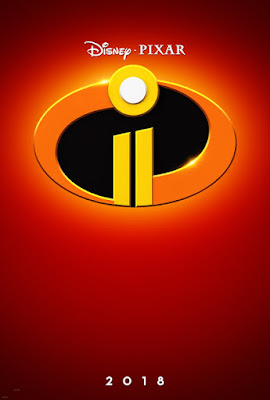 #Increibles2 #Disney #Pixar #Movies
The thought that Disney and Pixar has waited 13 years to release any new info on the sequel to their uber popular Incredibles franchise is insane.

" In Incredibles 2, Helen (voice of Holly Hunter) is in the spotlight, while Bob (voice of Craig T. Nelson) navigates the day-to-day heroics of “normal” life at home when a new villain hatches a brilliant and dangerous plot that only the Incredibles can overcome together.

Thoughts
Disney is clearly working hard at creating the second renaissance because every film they have put out in the last  5+ years was great by most standards. What is really interesting is that they waited 13 years after the first movie to put out a sequel, while we have seen 3 Cars movies already.