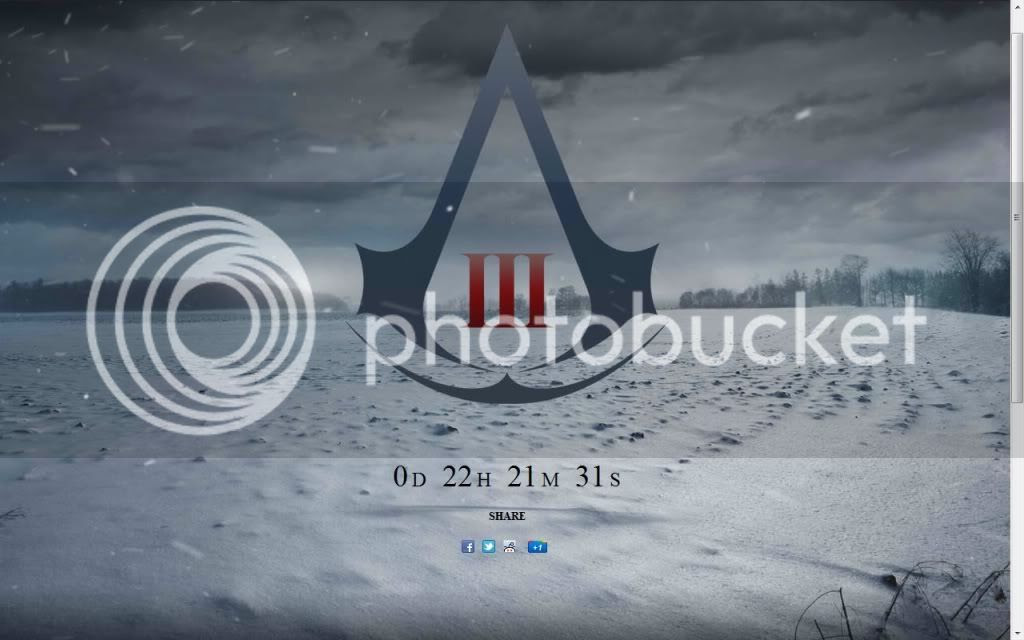 What we know… (So far)
- The game takes place during the American Revolution (1753 - 1783)
- The new hero’s name is apparently Connor
- He is half Native American (Mohawk), and half English.
- The frontier map size is 1.5x bigger than the map of Assassins Creed Brotherhood.
(If you need a refresher; Brotherhood’s map was Huge…)
- Ubisoft has revamped the batter system
- There can now be thousands of guys on screen (it used to be capped around 100)
- Release date is October 30, 2012

This game is already shaping up to be the most epic in the series. I can’t wait for the trailers to start popping up. Ubisoft also has an interest countdown clock on the website, which coincidently ends on the day that GDC (the Game Developers Conference) starts…  Hopefully it is big news, only time will tell….

My Thoughts:
Being a huge Assassins Creed fan I can't wait for this game. It looks really interesting with the new gameplay dynamics. I just hope it doesn't get over hyped like Revelations did, because i was a little disappointed with that one...

Found more info if you are interested check this out
Dailyblam.com