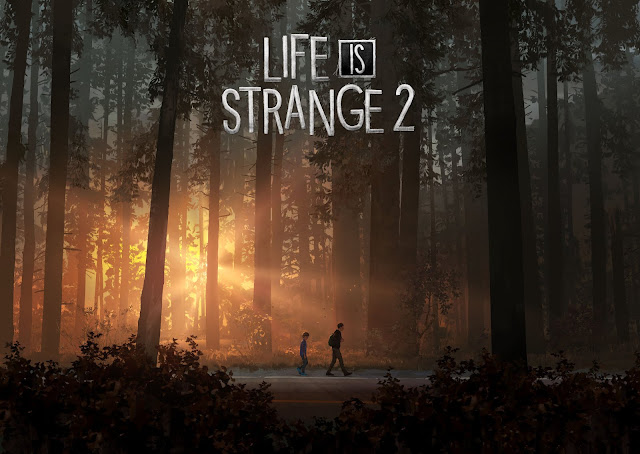 Once upon a time in a wild, wild, world. There was a story driven game that wasn't perfect but, was well worth the play through none the less.
#LifeIsStrange #LifeIsStrange2 #Gaming

Product Description:
“After a tragic incident, Brothers Sean and Daniel Diaz run away from home. Fearing the Police, and dealing with Daniel's new telekinetic power, the boys flee to Mexico for safety. Suddenly, sixteen year-old Sean is responsible for Daniel's safety, shelter, and teaching him right from wrong. Sean's choices shape the fates of the Diaz Brothers, and the lives of everyone they meet. The road to Mexico is long and filled with danger. This is the trip that could bond Sean and Daniel forever…or tear their brotherhood apart.” ~ Amazon

Pros:
• The Story
• Unapologetic about expressing viewpoints from a culture within a tough political time.
• Your decisions will matter to the overall plot and the conclusion of the story.
• Landscapes and backdrops are a pleasure to the eyes
• Recap sections are beautifully done and well narrated 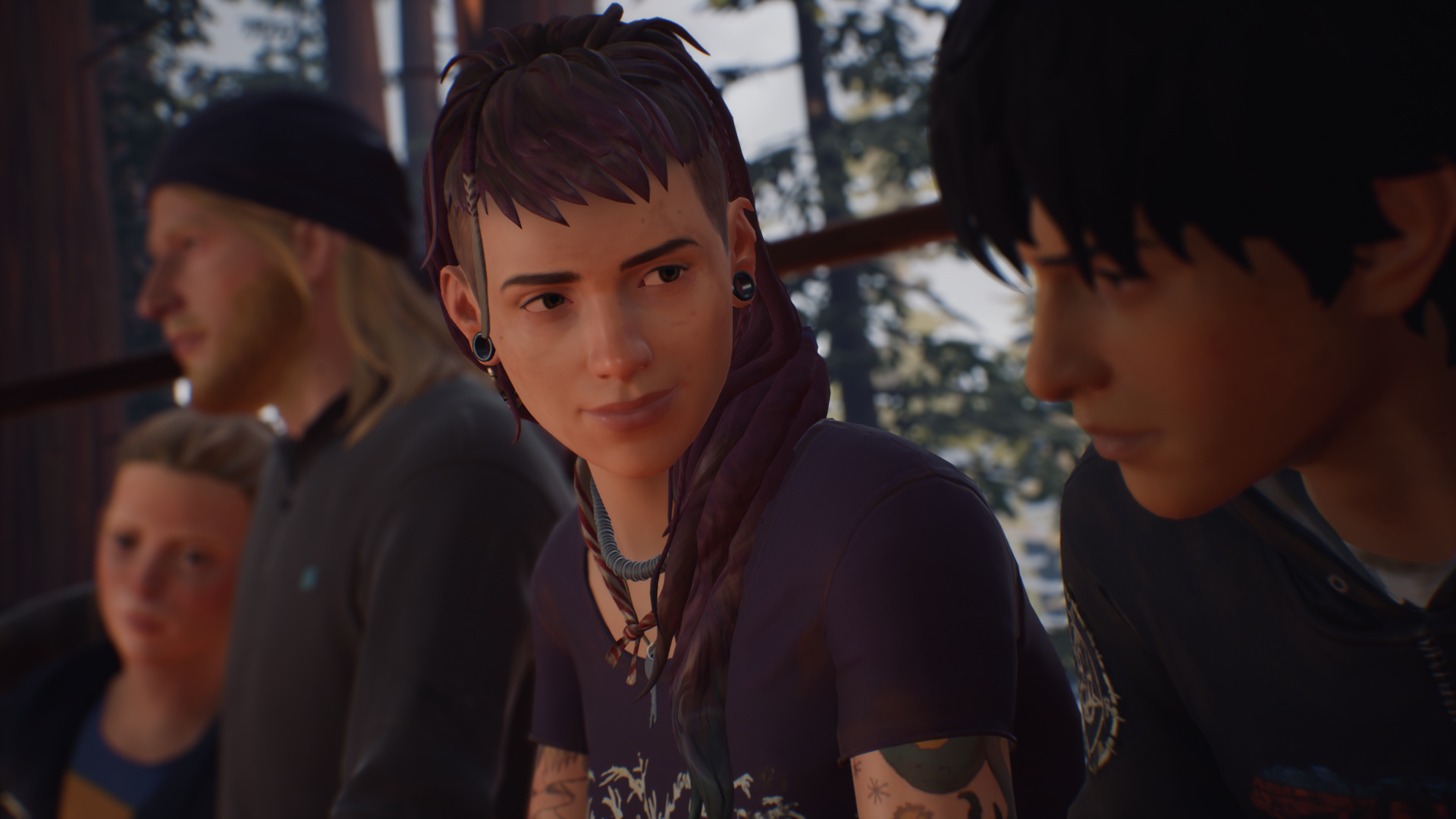 What is it?
Short answer; It’s like an interactive novel about 2 displaced kids of fall into a series of unfortunate events. In the end your decisions as an older sibling will shape your adventure. Long Answer; In Life is Strange 2 you take control of a teenage Hispanic boy name Sean Diaz, as he looks over his younger brother Daniel Diaz after a series of unfortunate events leads to their father’s death and as well as a death of a police officer. The fear of being caught and blamed for the death of the police officer sends them on the run to their father’s home in Mexico.

*** The following may contain plot spoilers; I’ll try to keep them to a minimum ***


Story: 5
For a game like this to be successful you would have to have a compelling story that will keep the viewer interested in seeing what happens next, especially that they are released in episodes a few months apart. DONTNOD excelled in this aspect, with the first episode alone. Episode 1 introduces the Diaz brothers as well as their father. Right away you are thrown into situations where you must build your character. You will soon see that your younger brother Daniel is always watching. Things start to pick up quickly which force you and Daniel on the run which starts your adventure. Episode 2 will have you seeking refuge at your grandparent’s house. Episode 3 will have you working in the woods on an illegal marijuana farm with a group of misfits. Episode 4 you are separated from Daniel due to the events of episode 3, and it’s your job to do whatever it takes to be reunited with him. Episode 5 is the conclusion.  In Life is Strange 2 you will be forced to deal with racial issues that may hit home for some, or that may cause some to question why they are harboring on political issues. Personally, I love that they did this, because regardless what some may think people deal with issues like this daily. 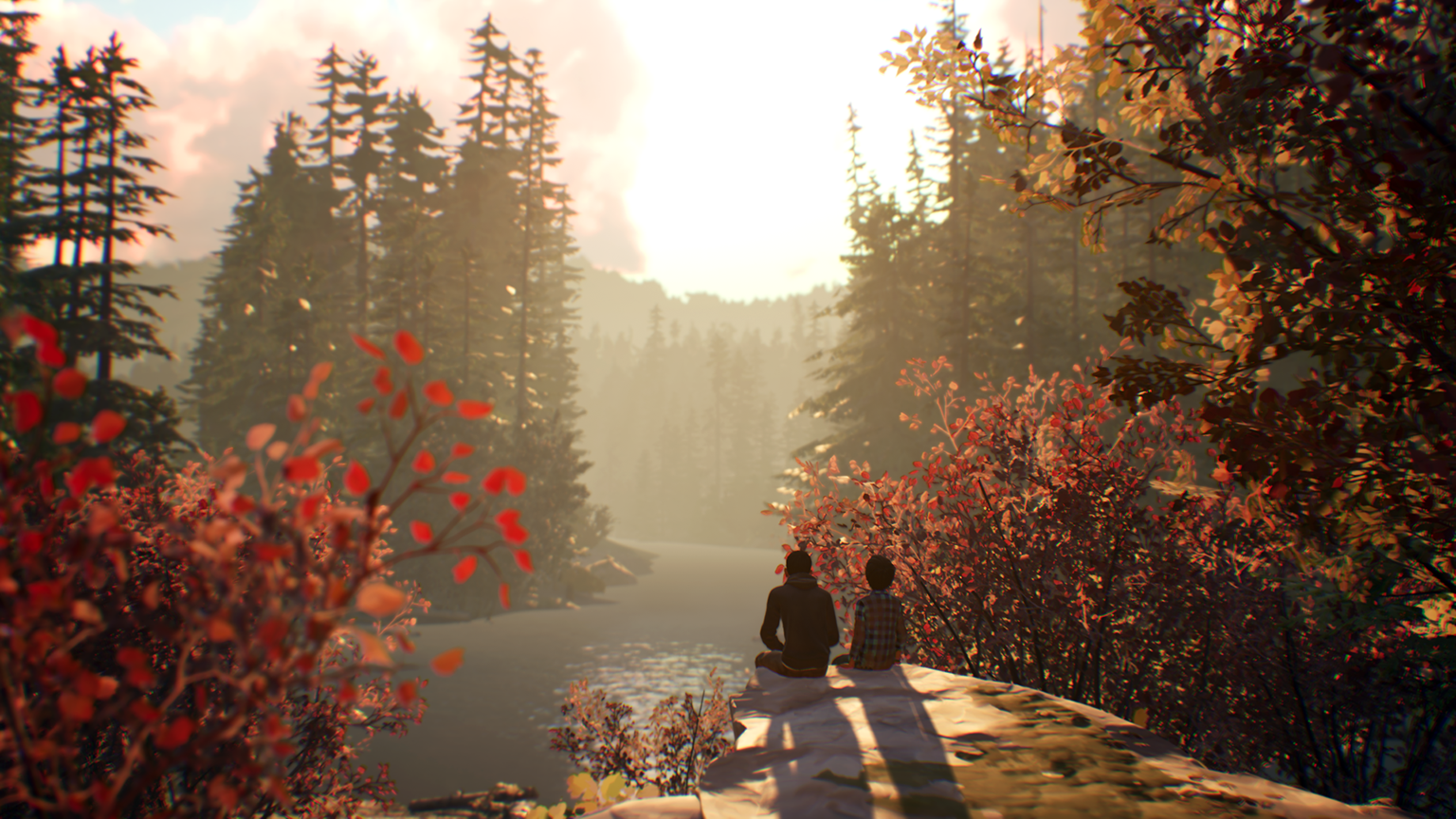 Graphics: 3.0
Visuals are a mixed bag here, on one side of the spectrum you have gorgeous landscapes, and beautiful hand drawn sections when recapping previous episodes. On the other side you have last gen foreground and character models.

Audio: 4
Voice acting has its highs and lows, but it isn’t as cringe worthy as the first Life is Strange game. I feel the narrated sections at the beginning of episode 2-5 are some of the best of the series. The Indie music isn’t exactly my cup of tea, but it fits so I have no complaints here.

Gameplay: 3.5
While not the most fluid experience it is still the best compared to the other Life is Strange games. I had a few glitches during my original playthrough like; loosing save data after episode 2 hand having to start all over again, Getting stuck in the Christmas Market in Episode 2, Frozen Camera, as well as lots of character clipping. I have to say now that I’m not experiencing this anymore.

Replay: 4.5
With a total of 7 different endings plus a few different collectables to pick up along the way there are plenty of reasons to step back into the world of Life is Strange 2. I am currently on my 3rd play-through trying to get all the Xbox Achievements and I’m still loving the story. 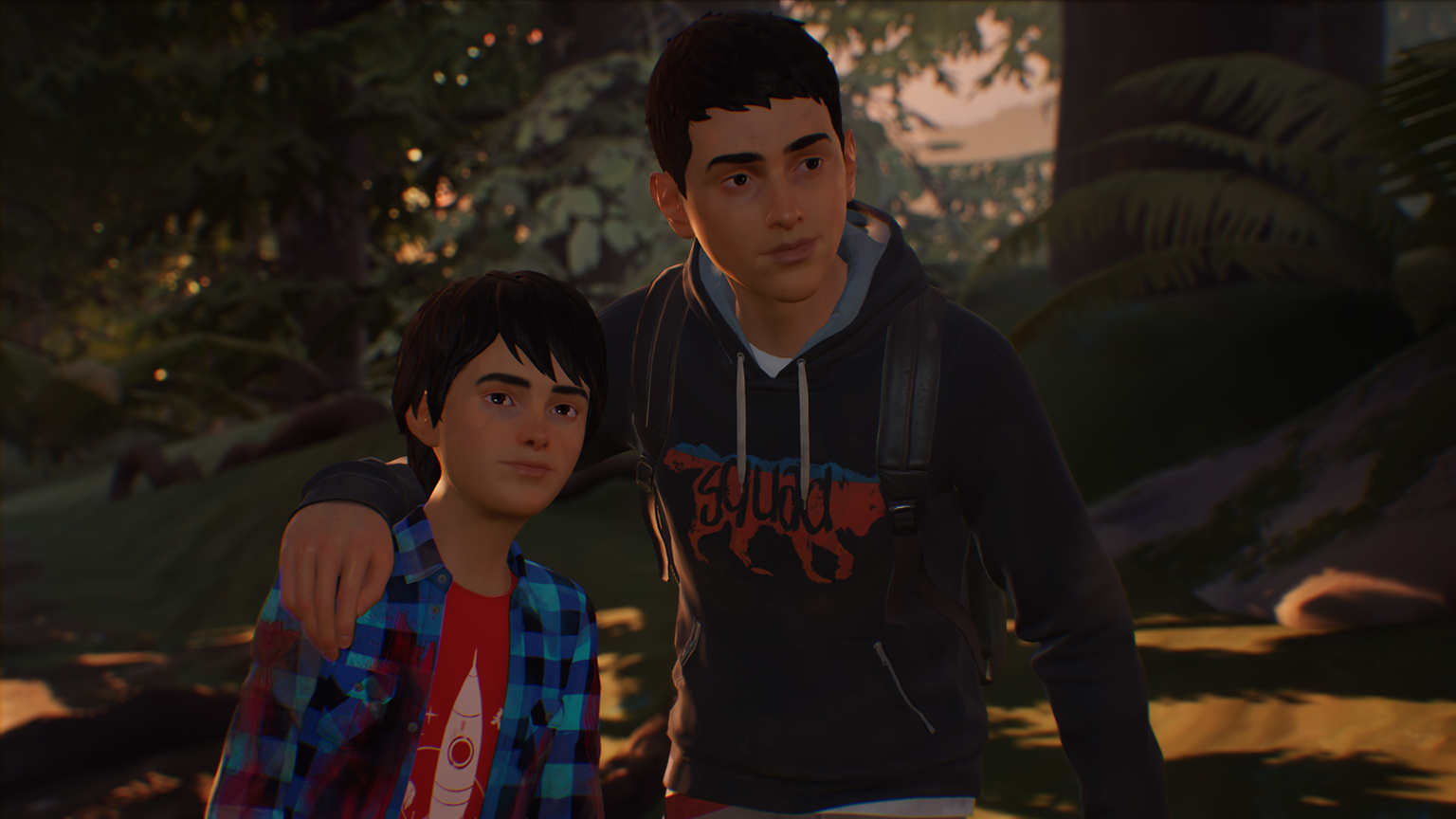 Final Thoughts
Life Is Strange is a series I never pictured myself coming back to, due to the first one not resonating with me. I was wrong… Life is Strange 2 was so worth the time and money I spent on it. I like how the game focused the story more on Sean and Daniel’s relationship rather than on Daniel’s telekinetic abilities. I also like how they didn’t shy away from social issues dealing with race, and religion, due to the political climate we live in today, rather they chose to embrace it and use it as a driving force for the plot.  I never expected an episodic graphic novel type game would be one of my favorite games of 2019, but it is. Great work guys!!!