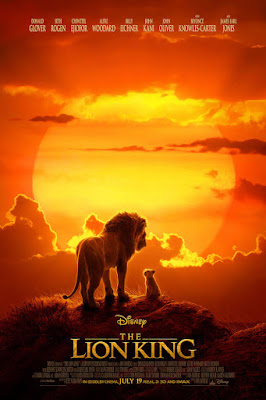 The Disney Cashcow is back and looking more realistic than your local zoo.

Story: 4
I would be completely baffled if you haven’t already seen the original film, but if you haven’t here is a quick rundown. Mufasa is king of pride rock and has a younger brother (Scar) who is technically next in line to be king. Mufasa has a cub (Simba) who is now the true successor to the throne. Scar tricks Simba into going to a dangerous place called the Elephant Graveyard, in hopes that he is killed by the denizens that live there. The plan fails when Mufasa gets there in time to save Simba and Nala (Female lion cub / Simba’s friend). Scar then plots with the Hyenas to Kill Mufasa and Simba by creating a stampede using wildebeest. This plan only partially succeeds by killing Mufasa. Unknowingly to Scar, Simba manages to escape the hyenas and flees the pride lands. In the aftermath of Mufasa’s death, Scar takes over as king. Simba is found by Timon and Pumba where they teach him that you can’t change the past so don’t worry about it (“Hakuna Matata”). Nala Escapes the pride lands to look for help because Scar and the Hyenas are destroying it. Nala eventually runs into Simba where she tries to convince him to come back and take his rightful place as king. He refuses. Rafiki soon after runs into Simba and, with the help from Mufasa teaches Simba you can’t run from your past, you have to learn from it. Simba makes is way back to the pride lands where he challenges scar, learns the truth about his father’s death and ascends as the new King.

The Lion King has all the chemical makeup for an excellent film and the remake keeps these attributes. I just wish they took advantage of this and expanded a bit more on the story.

Visuals: 4.5
The original film was an animation marvel, even by today’s standard. Smooth animation bright and vibrant colors, expressive facial expression that mimic the voice actors, and the illusions of real-life camera work / tricks.
The 2019 version of the film is no slouch on the eye candy. The hyperrealism makes the film look like a Nat-Geo documentary. If you thought the CGI in the Jungle Book remake was stunning, you haven’t seen anything yet.
While the visuals pretty much make every other CGI animated film look last gen, there is one thing that kinda sticks out. Part of what made the classic Lion King animation stand out is the expressiveness through body language and facial expression. If you are looking for that this time around you will be fresh out of luck. Besides mouth moving while talking and singing, these cats look and act like, well… Big cats. Its just part of the deal, Jon Favreau and Disney were clearly going for “What If” The Lion King happened on Planet Earth.

Audio: 4
There is no denying that the 1994 cast would be just about impossible to live up to, and honestly it was. Don’t get me wrong though, the cast for the 2019 film is still amazing, and well done. I think the approach this time was to interpret the characters your own way, and all of them did a pretty good job at it. James Earl Jones is the only original cast member to reprise his role and he was brilliant. JD McCrary played young Simba and was great. He performed the number “I just can’t wait to be king” and he did it better than the original if you ask me. Also his after the stampede / Mufasa Death scene was heart wrenching. Maybe even more than Johnathan Taylor Thomas’s performance. Chiwetel Ejiofor played a good Scar but Jeremy Irons left some huge shoes to fill. I think I will have to say Jeremey had the better performance. Beyoncé’s Nala was on point. I was a little nervous that she would be too much Beyonce if that makes any sense. Donald Glover also had some big shoes to fill. Every movie Matthew Broderick played in his voice just screams Simba to me, but I have to admit I love Glover’s interpretation of the character. It feels like a up dated version of the original. They made the right choice going with Childish Gambino because he can sing. His rifting at the end of “Hakuna Matata” was pure gold and he was getting better and better. I hated the song had to end. Much like Donald Glover, Seth Rogen and Billy Eichner are like updated versions of the originals. Ernie Sabella, and Nathen Lane are Pumba and Timon. In my opinion, and Seth Rogen and Billy Eichner feels the same.

Soundtrack wise The Lion King 2019 is once again a masterpiece. Hans Zimmer pretty much just bedazzled his work and, its music to my ears. If the original score made you feel like the orchestra is playing in the same room as you, the new and improved version puts you right were the conductor is standing and you are surrounded by blends of harmonies and melodies.

Beyoncé and Donald Glover lend their voices to the movie classic “Can You Feel The Love Tonight” and it came out very well done. I prefer it over the original movie version. I have to admit that Disney did miss an opportunity though, I would have loved to here a Beyonce Rendition of “Shadowland”. The new song “Spirit” is pretty good though and made it into the film. 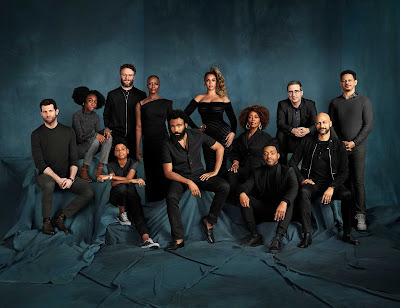 Final Thoughts
The Lion King 2019 is a great film, not perfect…  but these remakes usually aren’t. Most of its bigger faults I was capable of getting over by being immersed by photorealism and Hans Zimmer’s intoxicating score. A lot of critics of the film state not being about to get past the lack of facial expression. The thing is Jon Favreau / Disney wanted to go with the Hyper realism and in reality big cats don’t have facial expression so it would look really unnatural or comical (think Alex The Lion from the Madagascar Series). They also complained that it was basically a prettier carbon copy or the original. To me that’s more of a complement because the 1994 classic is one of the greatest animated films period. I still have to admit that I would have liked them to expand on character interactions more. It felt like the moment I warm up to Donald Golver’s Simba he was already running back to the pride lands. I feel like they should have done something similar to what they did in The Lion King 1 ½ where they added scenes.

How score is interpreted. I take .5 off for each CON. The .5 of a point comes from what ever category it fits in.