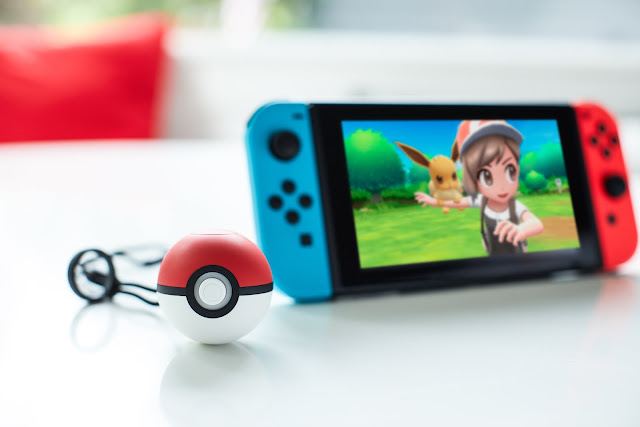 
" Pokémon: Let's Go, Pikachu! and Pokémon: Let's Go, Eevee! bring the experience of a classic Pokémon RPG to Nintendo Switch with gameplay that is easily approachable for newcomers to the series, but is also deep enough to keep veteran Trainers on their toes.

What is it?
This is basically a Remade Pokemon Yellow, with updated graphics and motion controls. It also has connectivity from Pokemon Go.

Thoughts
I always get ask do I ever get tired of journeying to Kanto to try to capture the same tired old 151 Pokemon. Honestly speaking I have to say no, but I can see where some might. For me its nostalgia mixed with my love for the original games that keeps me returning. That was the era of Pokemon that had me hooked between trading Pokemon cards, religiously watching the anime and, playing the games. This is a day one buy for me. I'm just hoping that Niantic negatives don't rub off on this project.